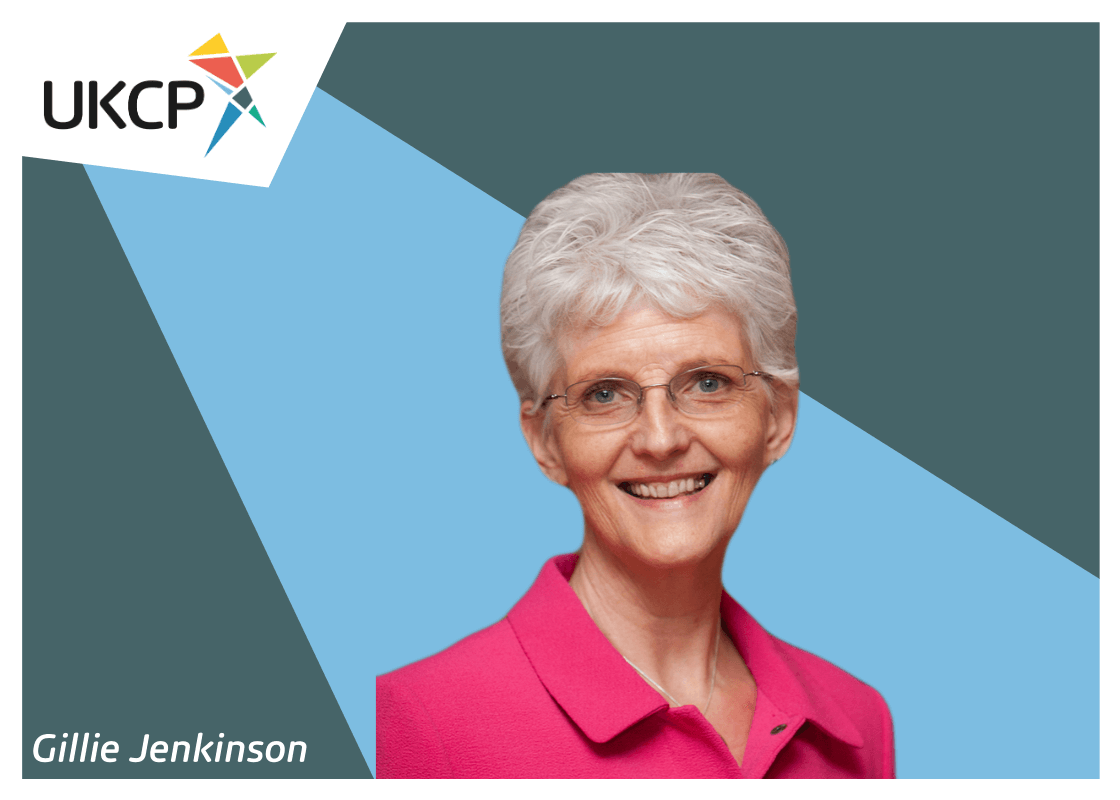 In her 20 years of practice, Gillie Jenkinson has learned a great deal about mind control and thought reform. She helps former cult members escape the skewed reality of the group, piece together their personalities and move on. With radicalisation and ‘gaslighting’ in the headlines, her work has never been more relevant – and to tackle the problem she feels that psychotherapists should adopt a little radical thinking of their own.

How did you make the transition from former cult member to psychotherapist and counsellor? In the 1970s, I was in a full-blown cult, ‘The Love of God Community’ in Birmingham. It was a group coercive control experience: there was sexual and physical abuse. When the cult broke up, I left with my husband. But we hadn’t left psychologically, and for some time we kept cult- hopping into extreme churches. By the time we fully broke free, I was in my forties. I was depressed and I went to see my doctor, who was very helpful. I found myself telling her that I wanted to train as a counsellor. Part of being in a cult is that you’re told wanting anything for yourself is wrong, so it helped that this doctor encouraged me. I started a diploma in pastoral counselling and I then did an internship at the Wellspring Retreat and Resource Center in Ohio, followed by a masters and a PhD, both focusing on post-cult recovery. So, though I have personal experience, what I do springs from 20 years of research.

I was told that God wanted to break me, that it was my duty to submit to beatings and this became my reality

You’ve said before that many psychotherapists aren’t equipped to deal with cult leavers – is this still true?
Sadly, yes. The traditional therapy model doesn’t work. A therapist may look at a leaver and say they have low self-esteem, but in fact it’s just that they believe what the cult told them about themselves. Cult leavers are full of introjects – thinking put there to keep them a slave to the cult, eg, ‘I’m a sinner’. This creates a pseudo-identity, which informs all they do. An inexperienced psychotherapist might find themselves dealing with the pseudo-identity rather than the authentic one. In therapy, there’s also a tendency to go to childhood issues, which isn’t helpful initially. Explaining that something about them made them vulnerable to a cult just adds to that ‘terrible person’ introject. Some people who join cults are vulnerable, but others go to what they think is a normal church or organisation, and the coercion builds slowly.

What do cult-leavers need, therapeutically speaking? A relational, psychoeducational approach is required. Former members need to make sense of their experience before starting psychotherapy. In my PhD I flagged up four phases of recovery and growth [see Image 1], and I run post-cult counselling sessions based on this. I run courses where clients stay near us in the Peak District and have two-hour sessions over three or four days, merging relational therapy and psychoeducation. I also do recovery workshops and ongoing sessions, in person or via Skype. 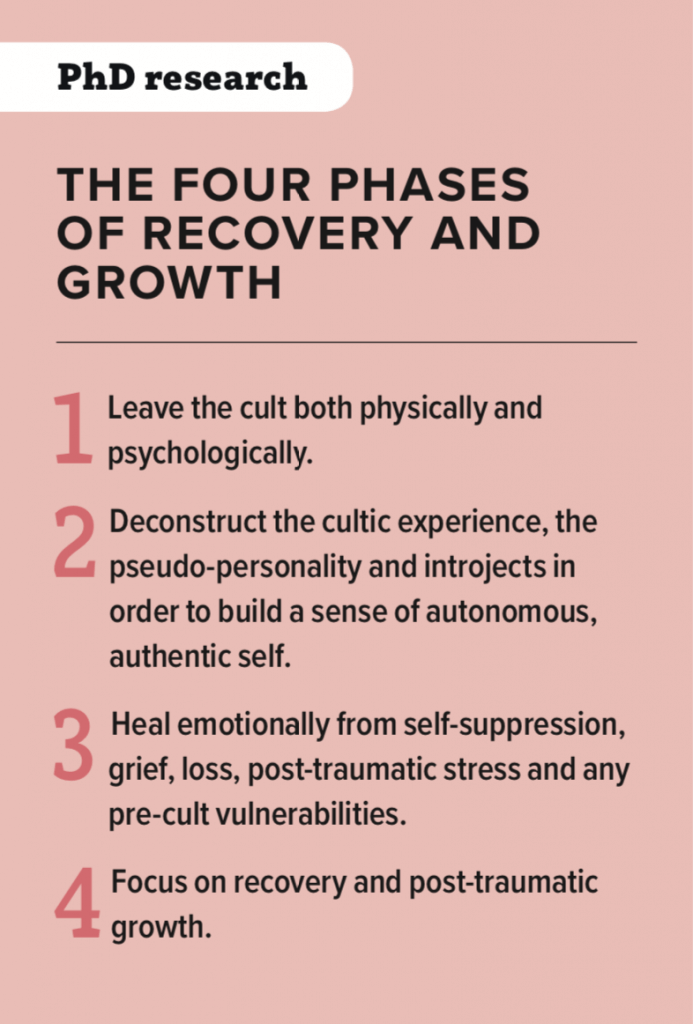 Where do you start? Rather than the client just telling their story – which can be traumatising – I give them worksheets and they tell their story into a framework. A key element is identifying thought reform, otherwise known as brainwashing. You explain the theory and ask how it might relate to them and as they respond, you watch the lightbulbs go on. I also present profiles of cult leaders and their manipulative practices – this understanding helps clients start to separate their cult pseudo-identity from their authentic one.

Is there much crossover between the cult mindset and other situations, such as radicalisation and coercive control? There’s a great deal of similarity – I have worked with people in a coercive domestic situation and the model works for them, too. Criminal gangs, terrorists and some domestic abusers work in the same way as cults – breaking someone down, changing their reality until they are in thrall to a group or leader.

Do you have any further plans to share your research with the professional community? I’m working on a book and am increasingly offering training for psychotherapists in cult recovery. I was told that God wanted to break me, that it was my duty to submit to beatings and this became my reality. As therapists, we’re trained to analyse everything, which makes it hard to imagine how someone could end up in this situation without interpreting or pathologising. But if we can avoid making this mistake, and once we have that understanding of the cultic mindset and dynamics, we can help former members think and feel their way back out.