Your twenty year old son has just told you he is sexually attracted to children. Now what do you do?

Anne is the mother of 20-year-old Chris (not their real names). Last year Chris finally found the courage to tell his Mum something intensely worrying about himself. As he describes it: ‘She was standing in front of me waiting for me to speak. I was trying to breathe normally, but I was shaking, sweating and scared. I stared at her and started crying, and at last I said to her, “I am not asking you to accept me, but I need your help.” In a shaky voice, I went on, “What do you know about paedophilia?”’

For Anne, hearing that question from her son was probably one of the worst moments of her life. In horror, her instant response, like any parent, was to assume Chris was telling her he wanted to sexually abuse children – or that he had already done so. Fortunately, her son was quickly able to reassure her that, although he is attracted to both boys and girls, and to children of any age, he feels able not to act on his attraction, and that he was asking her for help and support to ensure he never acts on these sexual urges. Crying and hugging, they talked for over an hour. Chris now feels that, with his Mum’s love and the help of a good therapist and an online support network, he will be able to live a law-abiding and non-offending life.

It is more common than many people assume

For most parents, such a scenario feels like the stuff of nightmares, and yet it is more common than many people assume. Few studies have been done in this area so far but those that have suggest one or two men in every hundred may be ‘true paedophiles’, meaning that they are sexually attracted only to children. As many as twenty in every hundred men may have some components of paedophilia in their sexual make-up, so that they are capable of being sexually aroused to children under some circumstances. Chris is an example of someone on the more ‘paedophile’ end of this spectrum, but as well as being strongly attracted to children he is also attracted to adults.

These rates suggest that everyone is likely to know at least one paedophile in their social circle. The rates for women paedophiles seem to be much lower, but scientists are quick to stress that we are still only at the start of learning about this condition. We still don’t know how many people may be born with this condition, or how many people acquire a form of paedophilia later as a response to psychological trauma in childhood, through head-injury, or as a type of obsessive compulsive fixation or fetish. What we do know is that paedophilia is involuntary – no-one chooses this condition and many people who realise they are sexually attracted to children feel anguish and despair.

Anne, after her initial shock, responded with warmth and acceptance towards her son. She recognised he had not chosen his sexuality and that he wanted to be honest with her about his struggles. But Chris is probably unusual in risking telling anyone about his fears and desires. As another paedophile (we’ll call him Dave) vividly described it, talking to your parents about sexual matters is never easy, so telling them you are a paedophile may be impossible: ‘I don’t particularly want my parents to know. They trampled all over my sexuality in my early to mid adolescence. I’m barely comfortable with them knowing that I am a heterosexual male.’ Dave also feels embarrassed about the intimate nature of what people may think, and where such disclosures may lead: ‘I don’t really want people making assumptions about what I might be masturbating to, not only because I don’t view illegal material and don’t want them to think otherwise (I’d hate the idea of people assuming that I might be viewing something I find utterly abhorrent) but also because it might result in rumours, which might escalate into false allegations or a spot of lynching.’

Similarly, ‘Fred’, is clear that he will not be disclosing his sexuality anytime soon to his family because, in his view, ‘coming out to someone puts a burden on them, if you don’t want them to tell others. They then have a secret and have to make sure they don’t let anything slip. That ‘putting a burden’ issue is one to think about. Obviously if you’re in your teens or twenties, we assume your parents would willingly take on that burden. But if the relationship is not that close, or we’re talking about siblings or grandparents, etc., that burden might overwhelm the limited benefit.’

A secret that cannot be shared

Other paedophiles have talked about the aching loneliness and sense of superficiality in their lives, never having close family or true friends because they cannot share their deepest thoughts and struggles, putting them at greater risk of acting on their hidden desires. Many paedophiles terrified of becoming ‘a monster’ have talked of contemplating suicide: we can never know how many of those who take their own lives may have done so because of this secret they felt they could not share.

While hearing that your son or daughter is a paedophile is intensely painful, parents can take heart that their child trusts them with such a disclosure. The fact that their child has opened up suggests they are honest in seeking support not to offend. There is an increasing number of counsellors and therapists working in this specialist area.  StopSO therapists will see paedophiles, and there is also online support from the organisation Virtuous Pedophiles which provides a community of law-abiding paedophiles as role-models. For the family members of paedophiles, StopSO provides an online support forum as well as counselling.

For Anne and others, they have found hope and even humour in the situation. As one paedophile wryly concluded, ‘Turns out that sexuality is complicated. Who knew?’

Sarah D. Goode is a medical sociologist. Her doctoral thesis at Warwick University explored the everyday lives of drug and alcohol-dependent mothers. This interest in managing hidden and stigmatised identities led to research on the everyday experiences of paedophiles. The MAA (Minor-Attracted Adults) Daily Lives Project (2006-09), resulted in two books, inspired the 2014 Channel 4 documentary, ‘The Paedophile Next Door’ and is encouraging a radical re-think of abuse prevention. 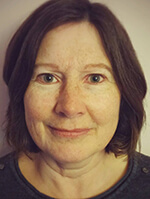