Rochdale’s Public Health Department, Youth Service and Teenage Pregnancy Co-ordinator paid me to recruit, train and manage a team of ‘fearless’ youth workers and together we were tasked with identifying and then supporting young people to make healthier decisions in relation to their sexual health. We were to have an impact on the teenage pregnancy rate across the town, to improve access to clinical provision and deliver training and education to young people and professionals.

From a portacabin building in the centre of town we distributed condoms, did pregnancy testing, chlamydia screening and eventually became so well trusted amongst young people they brought their friends. The foot fall often recorded over two hundred young people a week. Alongside Cath Hayes, Health Promotion Specialist, we trained as many workers as possible to raise the profile of young people’s sexual health across Rochdale.

I loved that job and I was really good at it. I had always worked well with young people. I’ve been a play worker and a youth worker before qualifying, but my team beat the socks off me. They were tenacious and dedicated and the overwhelming majority of young people liked and respected them.

I will often jokingly say that I believe the age of consent should be thirty-six years old, because by this age we really should be able to make positive decisions about expressing ourselves sexually. Ultimately, I believe sex is for adults not for children.

The first referral to the service from a professional was for a child who was described as ‘giving away free blow jobs to boys in year ten on school premises during lunch hour’. The school was considering exclusion, she was thirteen-years old.

Clearly there was a role for my team. Firstly, to engage with the young people involved, and the whole year group, about their knowledge, attitudes and behaviour. Secondly, to work with some of the teaching staff, who couldn’t cope with this situation, and implied that the girl should be charged and removed from their workplace.

Young people did not appear at our door saying, ‘I am being abused’. My Team needed to develop the skills required to ensure a young person told the truth about their sexual activity very quickly. With sexual health you are not afforded the luxury of developing a trusting relationship over weeks because they might need access to immediate treatment. Equally the sexual health worker can’t interrogate nor be alarmed.

The value of judging

I challenge most workers when they use the expression ‘non-judgmental’ to describe the service they offer because it’s not true. We do judge, and we should judge in order to make a thorough assessment of a situation or set of circumstances. Only by doing this are we able to move a child out of danger into safety.

Of course, I appreciate the sentiment behind the phrase but surely it is more honest to be clear about the ethics and morals behind the judgment. Over the years I judged the children I worked with very differently than some of the social workers and police officers based in my town at the time.

Where I saw a vulnerable child, they saw a young adult ‘making a lifestyle choice’, where I saw coercion and manipulation they saw ‘consent’.

The value judgements by statutory services, on these children went on; they were ‘sexually promiscuous’, they were displaying ‘attention seeking behaviour’ and had ‘chaotic lives’.

It’s the ethics and morals behind our judgments which should be explored and agreed.

To me, the real value placed on these young lives centred on the financial cost required to make them safe, given that it is minimally £1,000 a week for a secure placement, the protection of these children wasn’t financially viable.

The faces behind the crimes

Although I’d listened to stories of assault and abuse directly from the mouths of those children and pulled together a clear picture of what took place at the ‘parties’ they described attending, I realised I had never tried to picture nor imagine faces of the men who had committed these crimes. They remained anonymous to me until the day my staff and I were invited to meet with the team of Police officers tasked with investigating the sexual exploitation of children in Rochdale.

At Police Headquarters in Ashton, in a huge room with an extra-long ‘board room’ type table, the familiar faces of the kids we knew so well were pictured and placed on the left-hand wall. On the right-hand side wall were the pictures of ten men, quite ordinary and nondescript, with their names, nick-names and ages written underneath.

Unconsciously, my team and I sat with our backs to those faces because I believe the situation had become really ‘real’ that day and for most of us it was the start of our deteriorating mental well-being.

Most people in the UK are now familiar with those images because the case was well publicised. Even now whenever Rochdale sexual exploitation is mentioned those same faces appear alongside the story.

Put all mug shots of abusers convicted of this particular crime together from across the country, Bristol, Derby, Telford, Rotherham etc. and there is a common denominator: they are men, and together they share the view that it is ok to give poisonous substances (drugs and alcohol) to a child in order to rape. They were a criminal gang who knew each other either through work or background. The ringleaders became successful at monetising the abuse of children. Their overheads were low and the financial gain lucrative.

However, there continues to be a serious lack of understanding or curiosity surrounding the motivation demonstrated by the rest of these perpetrators, because the majority did not earn money from this crime. As individuals, they thought it acceptable to behave this way and colluded with others to offend, then go home to their wives, children and families. Only when this research is undertaken will we be best placed to challenge the attitude on which this behaviour is based.

Questioning and challenging the value judgements placed on women and girls in our society is the answer to how we prevent this crime. We should demonstrate society’s willingness to protect them from harm by investing in them and allowing them to realise their full potential.

We should support and educate our children to develop the belief of self-worth required to withstand the lure of this type of abuser. Working class girls in particular are recognised as having multiple barriers standing in their way, which need to be overcome in order that their lives be positive, happy and full of joy.

Attacking the unacceptable behaviour and attitudes

It is important that we don’t spend all our efforts improving the resilience and resistance of girls and women but channel energy into attacking the unacceptable behaviour and attitudes of men.

We should also challenge why dozens of men across the country feel that participating in the organised exploitation of vulnerable young people is acceptable.

Working with young men to explore and change those attitudes and intervene with good quality social education is vital.

The perpetrators believed that the children they abused made themselves available therefore it was okay to abuse them.

These issues are complex and together we need to be brave and have open dialogue in order to ‘turn off the tap rather than make the bucket bigger’.

I was born raised and educated in Rochdale.

Sara Rowbotham qualified as a social worker in 1994 becoming a specialist in HIV and sexual health.  From 2003 – 2014 she worked as the co-ordinator of Rochdale’s crisis intervention team, supporting vulnerable young people in relation to their sexual health.  In 2012 she gave evidence before the House of Commons Home Affairs Select Committee about the local authority responses to child exploitation in Rochdale.  Her experience was powerfully portrayed in the mini-series, “Three Girls”, which dramatised the events surrounding the Rochdale child sexual abuse ring.  In 2015 she was elected as the Labour party councillor for North Middleton. 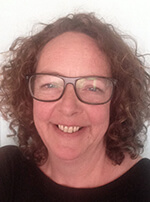