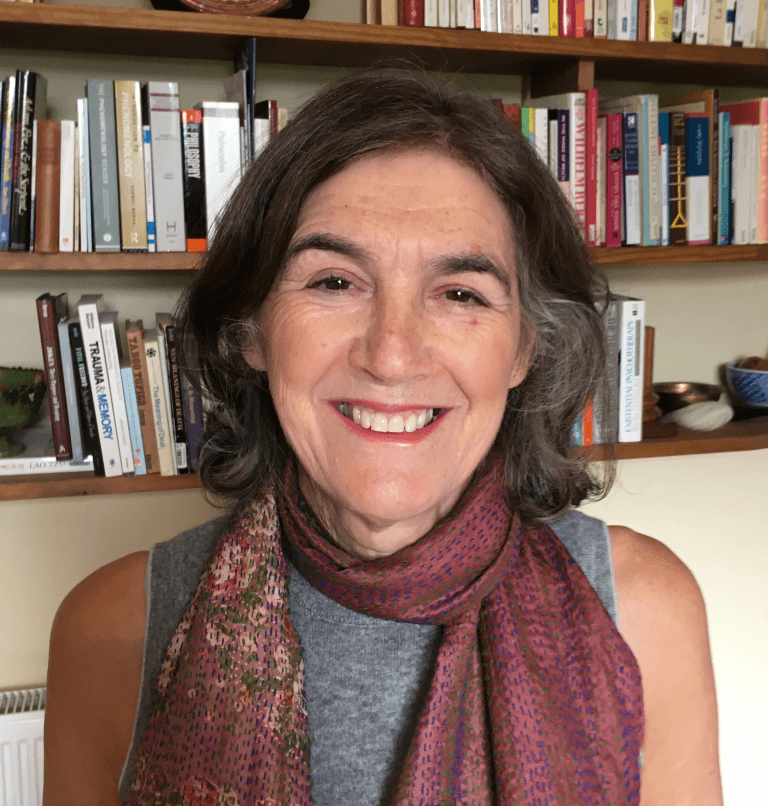 UKCP psychotherapist Laura Barnett shares insights into the trauma that patients can experience following a stay in an Intensive Care Unit, and how you can support them as your clients.

The Coronavirus pandemic has highlighted the dramatic character of a stay in an Intensive Care Unit (ICU) and the trauma that can ensue.

Over the past 30 years, there has been growing awareness of both the extent of psychological trauma that can occur during and after a stay in an ICU, and its potentially damaging consequences. A meta-analysis of recent research on the incidence of post-ICU Post-Traumatic Stress Disorder (PTSD) concluded that 20% of patients suffer with PTSD following their stay ICU (Righy et al. 2019).

In ICU itself, severely impaired communication, nightmares and disorientation, processes such as intubation and ventilator weaning are potentially terrifying and impactful experiences for ICU patients. In addition, ‘ICU delirium’ has been linked in recent years to poor clinical outcomes: longer stays in ICU and hospital, higher morbidity and mortality rates. ICU delirium is reported to affect up to 87% of patients and, still now, often goes unrecognised.

Formerly known as ‘ICU syndrome’ or ‘ICU psychosis’, it has been defined as: an acute syndrome due to a physiological cause, which develops over a short period of time (hours or days), has a fluctuating course and is characterised by a disturbance of consciousness, periods of inattention and disorganized thinking, often with paranoid thinking and hallucinations; it can manifest itself as hypoactive, hyperactive or mixed. While predisposing and precipitating factors have been evidenced, the exact pathophysiological mechanisms involved and the association with dreaming remain unclear.

In 2000 I began studying patients’ experience of ICU and then set up a Psychological Aftercare Service for ICU Patients at Croydon University Hospital, which was the first routine service of its kind in the UK. During the following fifteen years until my retirement from the NHS, I saw many hundreds of patients who had been ventilated in ICU.

Working from an existential-phenomenological perspective, now further informed by Sensorimotor Psychotherapy, I have sought to better understand patients’ experience of what I have called ‘the whole ICU event’ (2006). This expression encompasses the whole journey from a patient’s admission to ICU, through their stay on the unit, to their discharge from ICU onto a general ward and then home – every element of which can be extremely traumatic in itself.

For many, foremost among these traumas are the vivid dreams and hallucinations. Though referred to clinically as ‘delusional memories’, these incredibly vivid dreams are for these patients’ the ‘reality’ of what was happening for them on ICU and therefore deserve our due attention. ICU dreams and hallucinations are unlike ordinary dreams, they feel totally real, they usually come under a small number of themes and require a particular form of therapeutic dreamwork. For it is my belief, derived from strong anecdotal evidence and further supported by recent developments in neuroscientifically informed trauma therapies, that making sense of the content of these vivid dreams can play a crucial role in patients’ psychological recovery by significantly reducing the risk and symptoms of PTSD.

A confrontation with mortality

We focus on people’s experience of ICU, but we need to remember that the lead up to admission onto the unit may in itself have been traumatic: the waiting, at home or on a hospital ward, to see how symptoms might be evolving, the difficulty breathing, possibly the sense of suffocation, the anxiety and fear as the daily news reports new cases of infection, and new deaths… And there are many who will have lived through this pre-admission period alone – whether totally isolated at home, or feeling alone and abandoned in hospital, as visitors were not allowed.

ICU admissions will also include people who were going about their daily routine in the home or outside and then found themselves some days or weeks later in the alien, sci-fi-like environment of ICU, unaware that they had suffered a serious health event or accident.

The reality of the situation for patients ventilated on Intensive Care is that without ICU specialist care most of them would have died. Indeed, some patients feel that they have experienced dying or death itself: they speak variously of the white light at the end of the tunnel, of flying over white clouds with deceased loved ones, of being in pastures green etc. Then something happened, for instance the dead parent took them back, and they concluded ‘it was not my time’.

While we cannot know whether a patient’s experience corresponds to particular critical medical situations that may have occurred, it is important to acknowledge the power of such experiences for the patient. Similarly the question of whether the hyper- and hypoactive versions of delirium are expressions of, respectively, a fight/flight and feigned death responses, and whether they correspond significantly with both outcome and vivid dreams, are intriguing questions that we cannot as yet answer.

While some patients are left with flashbacks and memories of ICU, some have no recollection of that time whatsoever. Others only remember their vivid dreams and hallucinations. All three experiences may be traumatic in different ways.

‘Lost time’ creates a sense of discontinuity which can persist over months and even years, especially if something significant happened in that time: I used to give the example of people being admitted onto ICU before 9/11 and waking up just a couple of days later into a changed world, people who will never have any personal recollection of 9/11. And for those whose birthday, or other significant event, occurred while on ICU, the birthday and significant event missed will never return.

‘I don’t know what happened.’

At first one thing puzzled me: almost every patient I saw would say to me ‘I don’t know what happened.’ I realised that what patients were trying to do was piece together their own story: not what the nurses or doctors had done to them, nor what their relatives had observed them do (such as pulling off wires, swearing at staff, fighting them). Other people’s thoughts and observations only represented their external view of a patient’s experience. Often the patient themselves did not ‘know’ what their own experience of ICU had been! All they could recall was the occasional sensation of being wired up to machines and strange, incredibly vivid dreams.

‘I don’t know what happened’ expresses the patient’s need to fill the gap in their memory, to have a personal storyline to bridge the discontinuities between the person they were prior to ITU, the death they avoided, and the person they now are.

Vivid dreams and hallucinations are often the first thing that patients talk about to their relatives on regaining consciousness – with tales of being spied at through the holes of the polysterene-tiled ceiling, a particular doctor or nurse trying to kill them, sexual orgies and babies being born – for the dreams are so vivid that patients have great difficulty distinguishing dream from reality. This, not surprisingly, is likely to be met with a mixture of laughter and anxious concern. When an ICU patient’s vivid experience is received in this way, they often fear for their sanity – as do the relatives. And a doctor or nurse’s explanation that these are just ‘delusional memories’ may add to their fears.

For almost twenty years I have made intensive care dreams my speciality. Here in brief is a distillation of my conclusions:

If you would like to know more, I have written a paper,  ‘Making Sense of ICU Vivid Dreams and Hallucinations’.

Vivid dreams, PTSD and the danger of retraumatisation

Anecdotally, from my follow-up sessions with my patients and with patients for whom help was not available at the time, I have concluded that:

Flashbacks may be occasional, triggered by situations reminiscent of ICU (for instance a ceiling in a shop might remind them of the one in ICU).  Interestingly, they may, in my professional experience, represent the patient’s way, sometime after discharge, to reconnect with the strength they showed in their fight for survival in ICU. Though distressing, flashbacks can become useful if framed in the patient’s story of survival and resourcefulness.

However, if flashbacks and images occur frequently or affect everyday life, it is likely to be a sign of PTSD. If you have no experience in working with PTSD, the client should where possible be referred to a trauma counsellor or their GP. If you continue to work with that client, do find out about methods of ‘resourcing’ them and keeping them within their Window of Tolerance.

Being discharged onto a general ward from ICU and then finally home, while obviously great steps forward, can leave patients with very mixed feelings, where apprehension and anxiety sit side-by-side with relief and even excitement.

Post-ICU patients are by definition survivors, yet there are two sides to survival: there is survival from death and survival for life.

A stay in ICU also brings up all sorts of existential questions and reflections such as: How did I catch COVID-19? Why me? I survived, but why? And what did I survive for? What now? Will I be left with life-changing health consequences?

The search for a ‘cause’, besides simply wanting to know, or blame, is often an attempt at regaining control over the world and ourselves, when everything feels out of control.

The question ‘Why me?’ can challenge our whole system of values and beliefs.

Such questions can keep patients stuck in a sense of victimization, depression or despair, but can also become a catalyst for taking stock and for change: they can help reflection about what gives meaning to their life, about values, realistic possibilities and choices before them and the obstacles that might get in the way.

These add another dimension to the patient’s return home: these are ‘strange times’, uncertainty prevails and people’s emotions are running high – or stuck at a low point.

Patients could usefully be asked the following question: Three years from now, when you look back at this time, what would you like to see? Those who were lucky enough not to have to battle difficult life situations during the COVID-19 pandemic  (not just illness, social living conditions and financial worries, but also personal history issues) may wish to feel that something valuable had emerged in that time. But for all those who did have to deal with such situations, “I coped” will be in itself an achievement worth remembering and honouring.

You can now listen to our podcast with UKCP psychotherapist Laura Barnett where we delve into the psychological impact of a stay in ICU.

Barnett, L. (2006) A Neglected Client Group: patients who have been in Intensive Care,

— (2006) Working with Patients who have been in Intensive Care, an existential