Can psychotherapy offer relief in the face of the climate crisis? 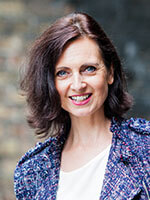 It’s approaching a year since we held our conference on psychotherapy and climate change, Sleepwalking into the Anthropocene, in association with Imperial College’s Grantham Institute.

We explored the profound impact of the crisis on our mental and emotional wellbeing and demonstrated how psychotherapy can offer hope, provide resources, and build resilience at an individual and a collective level.

Since then, for the billions of us plunged into the COVID-19 pandemic, nature has played a pivotal part in our day-to-day coping strategies as we face previously unimaginable consequences.

We’re past the climate ‘wake-up call’

The climate emergency is one of the most significant existential threats facing our species, and its effects are already acutely felt in the southern hemisphere. Today it was announced that world’s leaders have failed to meet ANY of the 20 Aichi Targets in the past 10 years.

Add to that the fact that wildlife populations have fallen by two-thirds globally since 1970 and the daily news stories about climate-influenced extreme weather – with devastating consequences for millions of people around the world – and it is no wonder that young people’s levels of anxiety are at record levels in the UK. It’s clear that the uncertainty about the future for our children and grandchildren has gone beyond any hope of a ‘wake-up call’. Immediate, urgent, bold action is needed today.

The sheer impact of burgeoning numbers of deeply upsetting headlines is taking a drastic toll on our emotional health. In fact it is becoming so unbearable that we all know people who are limiting their access to news or switching off altogether.

The climate emergency will have an unimaginable psychological toll on the emotional and mental wellbeing on our entire species.

How the UK’s government responds to the scale of this challenge will have dramatic repercussions for all our mental wellbeing.

The UK government, in hosting the UN climate summit in Glasgow next year, has already expressed its desire to be a global leader in the fight to save the natural world. We urge the Prime Minister and the UK government to recognise that the mental, as well as physical health of the nation, is inextricably interlinked with the wellbeing of our habitat.

They must take in to account our psyches at an individual and societal level. Demand for mental health support during COVID-19 has been unprecedented and will only increase exponentially in this recession and in the context of climactic events such as mass wildlife extinction.

Climate change policy recommendations should embrace a whole-scale increase in access to psychotherapy for those who need it most. At an individual and a collective level, psychotherapy can help us to process our fear, grief, and anger and develop the emotional resilience we need to face this crisis.

We must make urgent changes in our society, economy, and technology to protect ourselves and our planet. Psychotherapists possess the richest repository of knowledge on what it is to be human, our feelings and our behaviours in times of crisis. It is by working collectively now, that we can take steps to slow or begin the reverse the degradation of the natural world of which we are part.